(I) Skype Supernodes are dead...Long live thousands of Linux servers hosted by M$ 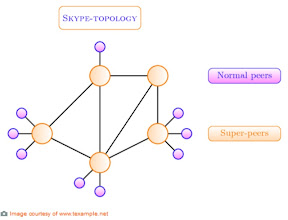 Yup, Microsoft updated Skype in May to do away with the Supernodes concept which had hijacked many a computer to relay Skype info.

Even more interesting is Microsoft is using LINUX servers to be the the Supernode servers. Hosted in their many data enters around the world, yes Linux, not Windows.... Have no fear, I am sure Microsoft will port the code to the next version of Windows server.. Just guessing...

The importance of this change means all those people who had their computer hijacked by the Skype Supernode formula and thus suffered performance issues can now fix and avoid the issue by upgrading Skype to the latest version.

In addition corporate users and and administrators can relax a bit knowing Supernodes will stop consuming computer CPU when Skype is installed and meets the Skype Supernode criteria and not freak out us InfoSec folks seeing all this traffic on a users system.

Posted by Hacker Hurricane at 12:49 PM